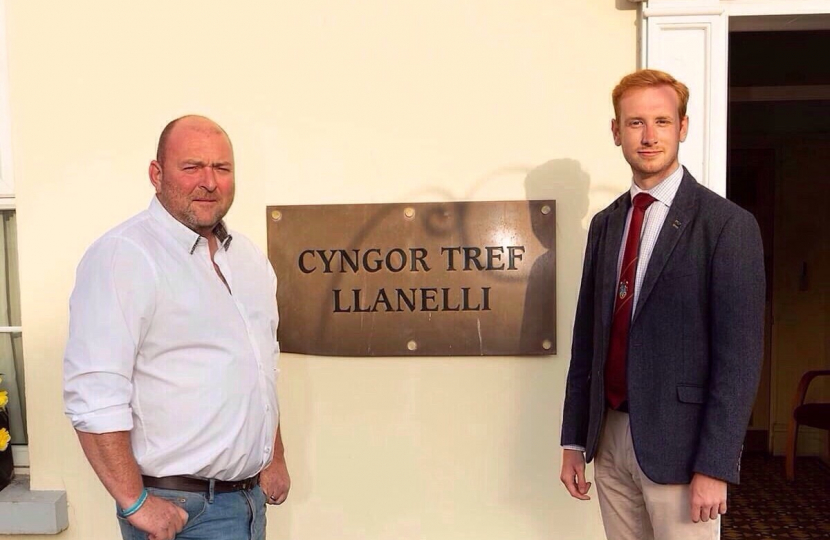 Cllr Chris Griffiths, who was elected to represent the Lliedi ward at the last local elections in May 2017, described Llanelli Conservatives as “a hard-working group of people focused on the same things I am.”

Cllr Griffiths said of his decision to leave the Labour Party: “As a working-class man, I’d always voted for Labour. But over time, I came to realise that Labour no longer speaks for working-class people – either in Llanelli or nationally.

“Since leaving the Labour Party, I’ve had a chance to think about how best to represent the Lliedi ward and speak up for residents.

“Locally, I’ve worked well with Conservative councillor, Siôn Davies, like when we put forward a motion opposing Labour and Plaid Cymru plans to give Welsh prisoners the right to vote.

“For that reason, I think we’ll make an excellent team.”

“Over the last two years, I’ve seen how hard Chris works for residents in Lliedi, and how much he cares about representing the people of his ward. To get the endorsement of a hard-working and respected local man like Chris means a lot.

“I'm really pleased that he’s joined the Welsh Conservatives and I look forward to campaigning with him on the issues that matter to Llanelli people – like delivering a first-class health service and making sure Llanelli children get a quality education.”

Cllr Chris Griffiths will remain a member of the Town Council’s ruling group, which is currently made up of Independent, Conservative and Plaid Cymru councillors. Labour are in opposition.

Budget 2021: The Chancellor's Speech in Full

Read and Watch the Chancellor's Budget announcement here in full. One year ago, we promised the British people we would do whatever it takes to provide security and stability.