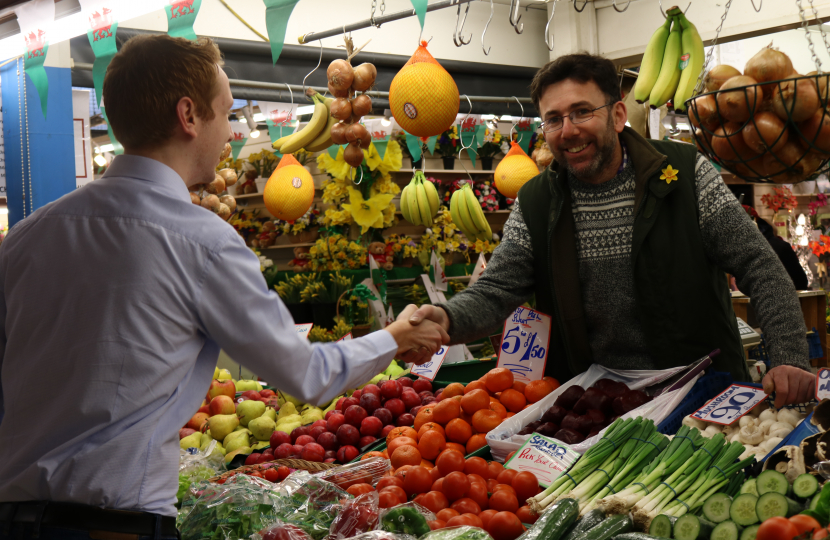 WELSH Conservative Town Councillor, Siôn Davies has urged people to get behind Llanelli as it competes to win a prestigious Great British High Street Award.

Llanelli has been nominated in the Rising Star category – one of just 40 high streets across the whole of the United Kingdom to reach this final stage. It will now be up to the public and an expert judging panel to decide the winners.

The winners of the awards will be announced in November with up to £15,000 awarded to the successful high street, which will be put towards fantastic local projects.

• Delivered over £13 billion of business rates support since 2016, including cutting small retailers’ bills by a third.

• Backed community leaders with £675 million of funding to help modernise their high streets and town centres.

• Relaxed planning rules to support new homes on the high street, transforming them into community hubs where people work, live and shop.

New research, commissioned by Great British High Street Award partner Visa, has found that seven out of ten consumers say shopping locally makes them feel happy, with over a third citing supporting local shops as the main reason for this.

“I am delighted that Llanelli has been recognised as one of the best places in the country for local people to meet, shop and spend time.

“I’d like to offer my huge congratulations to all the businesses and community leaders that have made this possible, and hope that the public now gets behind Llanelli by voting for it online.

“Conservatives in Government have been determined to support high streets, and I was delighted that Boris Johnson has made levelling up growth and prosperity across all regions and places of the UK one of his top priorities after we have the EU on 31 October.”

“Congratulations to the shortlisted nominees for this year’s Great British High Street Awards – the quality of the entries this year have been fantastic.

“High streets make people happier, and people want to see their hard-earned cash support the local economy. That is why we are celebrating those that go above and beyond to keep their high streets thriving for generations to come.

“Inspiring high streets like these will play a key role in the Government’s bold vision to boost local growth and level up our regions.”

Local people will help decide the winner of the Great British High Street Awards 2019. The public vote will make up 20 per cent of the final tally, with expert judges contributing the rest. People can vote at http://thegreatbritishhighstreet.co.uk.

Meet 3 of our great Police and Crime Commissioner candidates