Calls for Welsh Government to be more imaginative with Calsonic Kansei 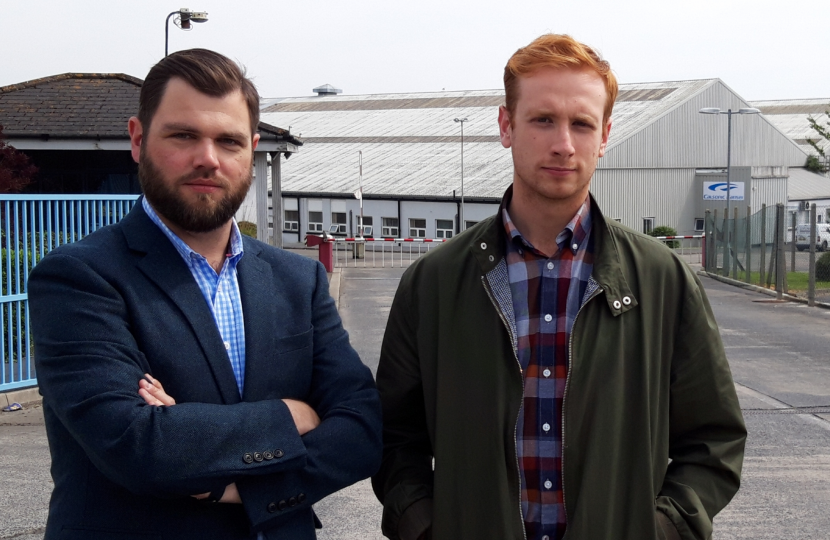 CALLS have been made for Welsh Government to be more imaginative when they offer support to local businesses, including Llanelli-based Calsonic Kansei.

It was revealed recently that the troubled manufacturing company, which produces air conditioning and cooling systems for vehicles, turned down an offer of help from Welsh Government in late 2018.

However, politicians are now asking whether the Welsh Labour Government took the right approach when they offered help to the company that employs around 300 people in Carmarthenshire.

“While Welsh Government may say they stepped in and offered to help Calsonic Kansei, it is not help at all if their offer to help does not come with realistic expectations.

“I can understand why an offer to help secure just 80 or so jobs at the site, with strict terms on the types of products they can make, would not have been considered appropriate to the business.

Mr Lawton, who stood in Swansea West at the 2017 General Election, added “Calsonic Kansei and its workforce are experts in producing systems for a number of car companies, so instead of Welsh Government simply dictating the terms of any help available, perhaps they should have asked Calsonic Kansei what opportunities they think can be exploited after Brexit?

“The business also announced earlier this month that it had merged with another leading company which has links in North and South America as well as Asia. Did Welsh Government take these new opportunities into consideration?”

Cllr Siôn Davies, who is the only Welsh Conservative on Llanelli Town Council, represents the Elli ward.

“A number of Calsonic Kansei employees live in my ward so I am extremely concerned about proposed jobs losses.

“Calsonic Kansei is an important part of Llanelli’s economy so I would have hoped that Welsh Government would have looked long and hard at what is best for Llanelli when they offered some help.

“Instead it appears Welsh Government saw Calsonic Kansei’s troubles as an opportunity to pursue Lee Waters' driverless car dreams when what Llanelli really needs is jobs."