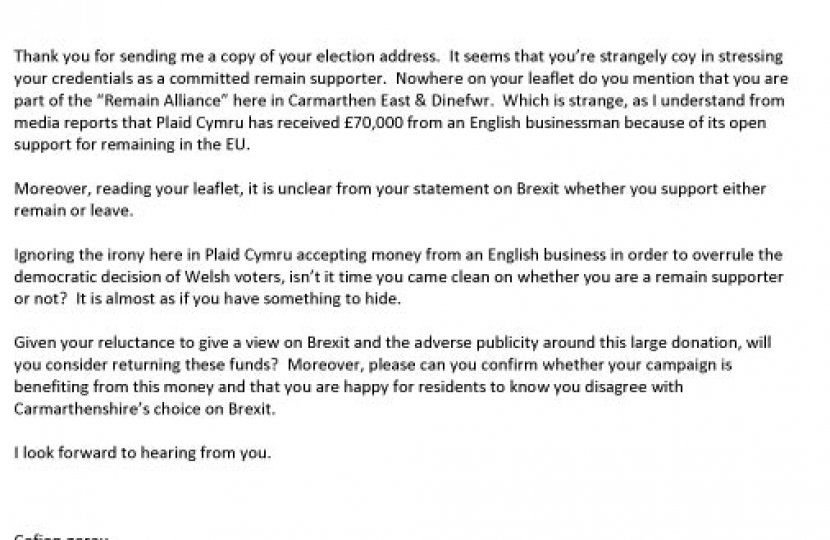 Plaid Cymru has recently received a huge £70,000 donation from an English businessman due to their membership of the Unite to Remain coalition.  However, Edwards’ election communications so far make no mention of Unite to Remain, his Brexit stance nor whether he is in favour of leave or remain.

“It’s extraordinary given Plaid Cymru’s open Remain stance in the mainstream media that here in Carmarthen East & Dinefwr their candidate is so coy about his position.  You could read his leaflet as either saying that he is a supporter of Brexit or Remain.

Given the huge sum of money given to Plaid by an English Remain supporter, I think residents deserve to know why they are not being clearer about their position.

It is almost as if Plaid Cymru knows that many of its supporters back Brexit and are afraid of alienating them.  However, there may be other explanations, so we would like to give Edwards the chance to clear up the ambiguity.  I think we should be told!”

Budget 2021: The Chancellor's Speech in Full

Read and Watch the Chancellor's Budget announcement here in full. One year ago, we promised the British people we would do whatever it takes to provide security and stability.