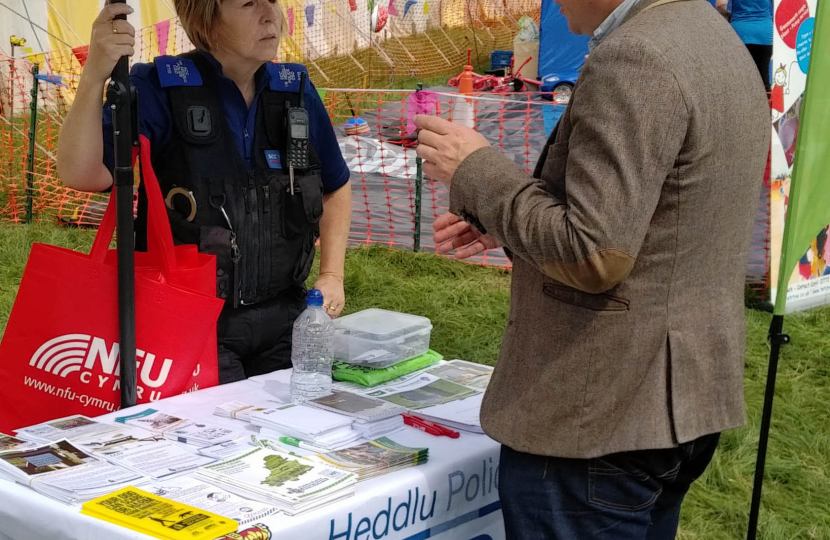 Havard Hughes, the Welsh Conservative Candidate for Carmarthen East and Dinefŵr has called for tougher sentences for farm thieves to deter farm thefts.

According to figures from NFU Mutual, thefts from farms having reached their highest rate since 2011.  Many farmers in Carmarthenshire are increasingly concerned about criminals entering their property to steal vital tools and equipment.

“It is time to get tough on crime that affects the tools of people’s trade.  Carmarthenshire is suffering an epidemic of rural crime and the criminals don’t appear to be getting the message.  Over the last few months, I’ve spoken to numerous farmers and the police as the issue of theft from farmyards is such a great concern.

The NFU and others have demanded that sentences for thefts from farms be increased and I think it is time that these criminals were made an example of.  Farm equipment such as quad bikes and tractors are tools of the trade.  Livelihoods are being jeopardised by organised criminal gangs and insurance premiums are increasing.

I would like to see considerably longer sentences and proceeds of crime orders used to deter thieves and recover the profits that criminal gangs are making.  The courts and police also need to recognise the fear that this crime causes as farms are also family homes.”

The independent investigation into alleged discrimination in the Party has now concluded.